The foreign exchange market (forex) has an average daily trade volume of $5 trillion, making it the largest market in the world.

All of the interbank trading activity impacts the demand for currencies and their exchange rates. However, the primary market makers, which are the large banks that execute a significant amount of the forex trading volume, provide the baseline exchange rates that all other trade pricing is based on.

A foreign exchange rate is the price or rate showing how much it cost to buy one currency in exchange for another currency. Forex traders buy and sell currencies in the hopes that the exchange rate will move in their favor. For example, a trader might buy euros against the U.S. dollar (EUR/USD) today at the current exchange rate (called the spot rate) and unwind the trade with an offsetting trade the next day. The difference between the two exchange rates represents the gain or loss on the trade.

For example, let’s say that a trader bought euros (went long) against the U.S. dollars today at a rate of $1.10 for each euro. The next day, the trader unwound the position with an offsetting sell trade at $1.12; the difference being the gain on the trade. However, not all currency transactions involve speculation. Companies, for example, buy and sell goods overseas, and in doing so, frequently have to buy or exchange their local currency for a foreign currency to facilitate the transaction.

Unlike most other exchanges, such as the New York Stock Exchange (NYSE) or the Chicago Board of Trade (CBOT), the forex (or FX) market is not a centralized market. In a centralized market, each transaction is recorded by price and volume. There is usually one central place back to which all trades can be traced, and there is often a centralized network of market makers.

However, the forex or currency market is a decentralized market. There isn’t one “exchange” where every trade is recorded. Trading takes place all over the world on multiple exchanges without the single characterization of an exchange listing. Also, there is no clearinghouse for FX transactions. Instead, each market maker or financial institution records and maintains their own trades.

Trading in a decentralized market has its advantages and disadvantages. In a centralized market, traders can monitor volume in the overall market. However, in times when trading volume is thin, large multi-billion-dollar transactions can impact prices disproportionately. Conversely, in the forex market, trades are made in the specific time zones of that particular region. For example, European trading opens in the early morning hours for U.S. traders, while Asia trading opens after the close of the U.S. trading session. As a result of the currency market’s 24-hour cycle, spanning multiple trading sessions, it’s difficult for one large trade to manipulate a currency’s price in all three trading sessions.

The international nature of the interbank market can make it difficult to regulate. However, with such important players in the market, self-regulation is sometimes even more effective than government regulations. For individual forex investment, a forex broker must be registered with the Commodity Futures Trading Commission (CFTC) as a futures commission merchant and be a member of the National Futures Association (NFA). The CFTC regulates brokers to ensure that they meet strict financial standards.

The primary market makers who make the bid and ask spreads in the currency market are the largest banks in the world. These banks deal with each other constantly either on behalf of themselves or their customers–and they do so through a subsegment of the forex market known as the interbank market.

The interbank market combines elements of interbank trades, institutional investing, and trades from corporations through their financial institutions. The buy and sell rates from all of these players and their transactions form the basis for prevailing currency rates–or the market–from which pricing is determined for all other participants. The competition between the interbank institutions ensures tight bid-ask spreads and fair pricing.

Most individuals can’t access the pricing available on the interbank forex market since their transaction size isn’t large enough to be traded by the interbank players. In other words, the forex market is a volume-discounted business, meaning the larger the trade, the closer the rate will be to the interbank or market rate.

However, the interbank participants are important to retail investors since the more players involved, the more liquidity exists in the market, and the greater likelihood for price fluctuations, which can lead to trading opportunities. The added liquidity also allows retail investors to get in and out of their trades with ease since there’s so much volume being traded.

Most of the total forex volume is transacted through about 10 banks. These banks are the brand names that we all know well, including Deutsche Bank (NYSE:DB), UBS (NYSE:UBS), Citigroup (NYSE:C), and HSBC (NYSE:HSBC).

Government and central banks have some of their own centralized systems for forex trading but also use the world’s largest institutional banks as well. The elite group of institutional investment banks is primarily responsible for making prices for the bank’s interbank and institutional clients and for offsetting that risk with other clients on the opposite side of the trade.

Each bank is structured differently, but most banks will have a separate group known as the Foreign Exchange Sales and Trading Department. The sales and trading desk is generally responsible for taking the orders from the client, obtaining a quote from the spot trader and relaying the quote to the client to see if they want to deal on it. Although online foreign exchange trading is becoming more common, many corporations still deal directly with an FX advisor on a trading desk of a financial institution. The advisors also provide risk management strategies for companies designed to mitigate adverse movements in currency exchange rates.

Typically, on the larger trading desks, one or two market makers might be responsible for each currency pair. For example, one trader might deal in EUR/USD while another deals with Asian currencies such as the Japanese yen. The Australian dollar dealer might also be responsible for the New Zealand dollar while there might be a separate dealer making quotes for the Canadian dollar.

Institutional traders usually don’t allow for customized crossing. Forex interbank desks generally deal only in the most popular currency pairs (called the majors). Additionally, trading units may have a designated dealer that is responsible for the exotic currencies or exotic currency trades such as the Mexican peso and the South African rand. Just like the forex market comprehensively, the forex interbank market is available 24 hours.

How Interbank Pricing is Determined

Bank dealers will determine their prices based upon a variety of factors, including the current market rate and the volume available (or liquidity) at the current price level. If liquidity is thin, a trader might be reluctant to take on a position in a currency that would be difficult to unwind if something went wrong in the market or with that country. If a trader takes on a position in a thin market, the spread will typically be wider to compensate for the risk of not being able to get out of the position quickly if a negative event occurs. This is why the forex market usually experiences wider bid-ask spreads at certain times of the day and week, such as a Friday afternoon before the U.S. markets close or before holidays.

An interbank trader also considers the bank’s forecast or view on where the currency pair might be headed and their inventory positions. If the dealer believes that the euro is headed higher, for example, they may be willing to offer a more competitive rate to clients who want to sell them euros because the dealer believes that they can hold onto the euro position for a few hours and book an offsetting trade later in the day at a better price–earning a few pips in profit. The flexible nature of market prices is something that is unique to market makers that do not offer a fixed spread.

Similar to the way we see prices on an electronic forex broker’s platform, there are two primary platforms that interbank traders use: One is offered by Reuters Dealing, and the other is offered by the Electronic Brokerage Service (EBS).

The forex interbank market is a credit-approved system in which banks trade based solely on the credit relationships they have established. All of the banks can see the best market rates currently available. However, each bank must have an authorized relationship to trade at the rates being offered. The bigger the banks, the more credit relationships they can have, and the better pricing they will be able to access. The same is true for clients, such as retail forex brokers. The larger the retail forex broker in terms of capital available, the more favorable pricing it can get from the forex market.

Cross-currency pairs are generally not quoted on either platform, but are calculated based on the rates of the major currency pairs and then offset through the legs. For example, if an interbank trader had a client who wanted to go long EUR/CAD, the trader would most likely buy EUR/USD over the EBS system and buy USD/CAD over the Reuters platform. The trader then would multiply these rates and provide the client with the respective EUR/CAD rate. The two-currency-pair transaction is the reason why the spread for currency crosses, such as the EUR/CAD, tends to be wider than the spread for the EUR/USD and is often less commonly traded.

The minimum transaction size of each unit of trade is approximately 1 million of the base currency. The average one-ticket transaction size tends to be 5 million of the base currency. However, the forex interbank market often has clients that trade between $10 million and $100 million. These types of clients are trading for institutional portfolios or multinational corporations.

Trading desks for this market are well-capitalized and have advanced expertise in forex currency movements and pricing. Clients who deal in the forex interbank market have transactional fee advantages due to the large notional amounts being traded. 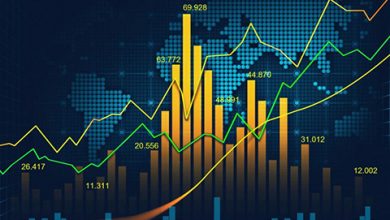 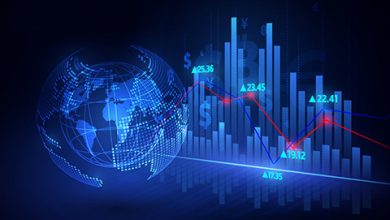 Everything You Need to Know About Forex Trading 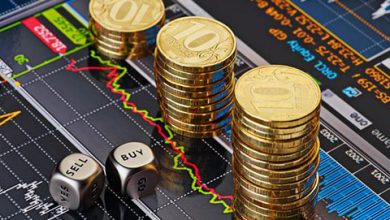 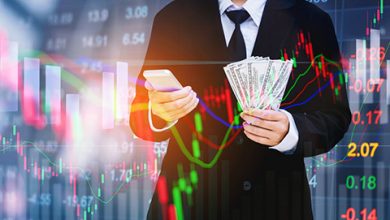