If you get nervous thinking about speaking with your professor, choosing the right method of communication and preparing what you want to say can assist you in getting the most from your time with your instructor.

Back in elementary school, I ran into one of my teachers at the grocery store. I was shocked to see her outside of school, as though she lived, ate, and slept there. Of course teachers and professors grocery-shop! They also watch TV, fart, and take walks. Many students seem afraid of talking to professors because, for whatever reason, they forget that their professors are human. Sure, we give you grades and bust you for improperly formatting your citations, but we’re also people who are trying to do a job as best we can — just like you are.

Talking to you is part of our job

Students sometimes worry that showing up to office hours or sending an email is irritating to a professor. Remember, communicating with students is part of our job! It also helps us teach better. All students are different — some of them grasp material better during a one-on-one office-hours meeting. Some of them learn better via an email conversation. When students articulate what helps them learn best, professors are more effective, and the class is a better experience for everyone. We have email and office hours for a reason — don’t be hesitant or apologetic for using them!

Most professors write on the syllabus and/or state in class their preference for how students get in touch with them. Office hours are always a safe bet, especially if you have a question that will take some time to discuss or if you want to get to know your professor better.

Most professors are happy to receive emails, as well, though my policy is if I can’t answer your question in roughly five minutes, it’s better to talk during office hours. If you’re not sure, just ask your professor whether an email is OK for asking a question. Most professors don’t want phone calls, and we certainly don’t want text messages.

A few years ago, one of my students wrote in his end-of-the-semester self-reflection essay:

“I have a very introverted personality along with severe social anxiety that does not allow me to ask questions publicly, so I got very little from class periods. Couple this with office hours that conflicted with my schedule, and I was left with almost nowhere to look to for help.”

I had no idea this student felt this way. He had been getting B’s on his papers, and he never emailed me to ask a question or try to schedule an office hours appointment at a different time. Professors are not mindreaders. They can’t know something’s wrong unless you talk to them.

The above student could have avoided lots of frustration and angst if he had simply emailed or talked to me at any point throughout the semester. The same goes for students who are ill, have religious or athletic obligations, or are struggling for any reason. We may not have realized what’s going on because we’ve got 60 students, but that doesn’t mean we don’t care.

After you realize your professor isn’t a mindreader, the next step is to ask for help. This is really difficult for some students, perhaps because they want to seem like they’ve got everything under control. The vast majority of the time, problems can be resolved quickly and easily if the student speaks up.

Here’s an excerpt from another student’s final essay that exemplifies this:

During an in-class meeting with my professor, I mentioned that I had absolutely no idea where I wanted to take my paper. As we talked through ideas, a lightbulb exploded in my skull. In one instant, the veil was lifted and the path was illuminated. A very important lesson was learned on that tremendous occasion, one that in all likelihood should have been learned much sooner: the resource potential of professors/teachers. It was the back-and-forth with someone who really understands the subject matter that allowed me to discover that I had actually already formed an opinion, I just wasn’t previously able to articulate it.

After the first couple of semesters of teaching, your average professor has pretty much heard it all. It’s a sad fact, but true nonetheless, that we grow pretty jaded and take all student excuses with a grain of salt. If a professor thinks s/he’s being played, they’re not going to respond very well to whatever request you have to make, so you might as well be honest. If you feel you absolutely must lie, at least make it a huge flaming whopper of a lie, so the professor can get a good laugh when they share it at the next faculty meeting.

Your professor is probably required by school policy to be in his or her office and available to students for a set number of hours per week. On top of that, most professors like talking to students — it’s part of the reason we took the job. Chances are, though, that s/he spends the majority of her or his office hours playing Minesweeper and reading email because students almost never drop in on her.

Pay your professor a visit or two, just to talk. Tell him or her about the work you’re interested in or about problems you’re having (but remember, a professor is not a therapist; they’ll talk about whatever you want, but may not be able to offer professional advice). Build relationships with your professors — at the very least, they’ll remember you when you call up three years later asking for a reference letter.

Do not, under any circumstances, flirt.

The days of professors marrying their promising students are long, long gone. Nowadays, even the hint of favoritism can ruin a professor’s career — let alone any actual relationship-type behavior. Unless your professor is a total sleazebag, any sign of flirtation will make him or her shut down immediately. They simply cannot risk it.

Note: Many students develop crushes on their professors. They do not respond much to the argument that a professor’s position and authority makes any romantic response on their part problematic at best; most college students feel they are adults and able to make their own decisions, and that there is therefore nothing all that improper about a relationship between a prof and a student. And they’re right: they are adults and they are capable of making their own decisions, and should have the good sense therefore to leave their professors alone.

It may well be the case that a professor, being human, slips up — maybe he’s getting a divorce or just broke up with her boyfriend or any number of circumstances, and a student comes along and seems to find them interesting and attractive and all that. This transgression may cost them their jobs and the careers they’ve worked hard to build. And in the end, all crushes pass; professors, who seem so competent and intriguing in their classrooms, turn out to be normal people with normal people’s faults outside the classroom, and the attraction fades. So give it a pass; keep your relationship with your professors friendly but not too friendly.

Depending on how far you’ve let your studies slide, there might not be anything a professor can do and still be fair to the rest of her or his students. Or it might not be technically possible: arranging make-up tests, for example, is difficult. Your prof probably spent hours writing his or her syllabus, and probably spent another hour explaining it to you at the beginning of the class, so he or she’s got a lot invested in the rules it explains.

Too many students try to bend or break the rules for her or to be easily swayed from them. They especially hate it when people don’t do an assignment and then ask for a way to make it up; it throws off our whole “rhythm” to read an assignment from 6 weeks ago. So often a professor won’t or can’t help you. Your only option might be to shift into damage control, see what you can do, and ask honestly if you should continue in the class. And learn from your failure; take the class again and do it right.

Professors get threatened with lawsuits a lot, and even threats of physical violence are not unheard of when things don’t go a student’s way. Obviously, professors aren’t going to respond very well to threats. On top of that, most professors have pretty good relationships with their departments and superiors, which means they know that baseless accusation and going over their heads isn’t going to get a student very far. If you find yourself needing to resort to threats, chances are you probably don’t have much of a reason for a professor to help you out, and you should start thinking about how to do better next time.

As I said, most professors will respond in kind if you treat them openly and decently. We didn’t become professors because we wanted to make students’ lives miserable (well, most of us, anyway…). We became professors out of a passion for our disciplines and a desire to share our knowledge with you.

As a general rule, professors respect commitment and genuine curiosity, and will go out of their way to help if they feel that you are honestly interested in doing well. On the other hand, professors get to feeling pretty used by the numerous students who work hard only at gaming the system, and if they feel you’re one of those students, they’re not likely to bend very far to make life easier for you. 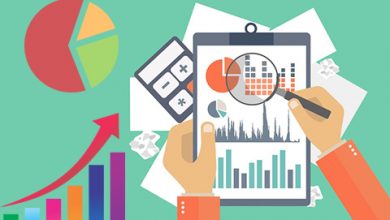 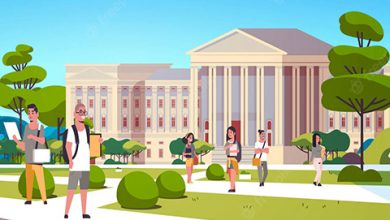 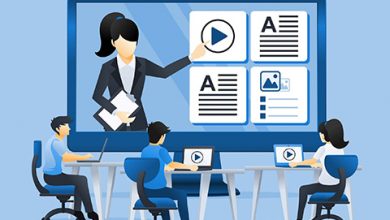